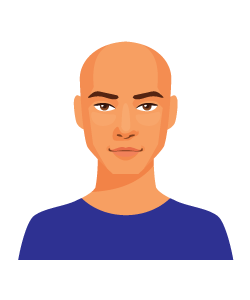 There are many individuals who have imperfections …

If you're interested in getting one or more dental …

How Is Gum Disease Linked To Obesity?
5 October 2022

While some dental diseases may have isolated effec …

Do you really need a crown? Dental crowns are caps …

One of the hardest parts of any dentist's job is making sure that their patients feel comfortable. Dental work usually isn't something that people look forward to. However, many people are more than willing to endure even the harshest dentistry treatment in order to stop long-term pain. So, even if there might be a temporary fix that at first appears to be an easier solution, it might be better to go the distance and and make sure there aren't any serious lingering effects.

One such example of this is getting a filling compared to having a crown put on. In many cases, a dentist can complete a filling much more quickly, cheaply, and with less pain than completing a crown. But, when is filling is too large, it can be uncomfortable, and there is a greater chance of it falling out over time. A crown, when properly put in, is a far better long-term solution. However, it is also much more expensive. A crown can cost over $1000, while a filling can cost less than $200.

So, why is it still smart to have a crown put in? People might prefer crowns for a number of reasons. For example, some people prefer the smooth texture of a crown, especially when compared to the texture of a filling. Crowns are smoother and softer feeling than a normal tooth, and they are definitely nicer than a rough filling. Some people also like the fact that crowns have more consistent colors that don't stain easily. So, when you have a nice white crown, you have a color that is going to be more permanently white. It won't stain or attract plaque as much as a real tooth.

Since a crown goes over your entire tooth, it offers more protection in the long term. Basically, if you have a filling in your tooth, there is a much higher chance that you will need to return to the dentist in the future, even if it is years later, to have that same tooth worked on. But, a crown is going to offer a more permanent protection and give you a reliable chewing surface that can withstand pretty much anything. Even if your crown does somehow get knocked off over the years, it usually isn't that hard to put it back in. In most cases, it is just a matter of reattaching the crown with new glue.